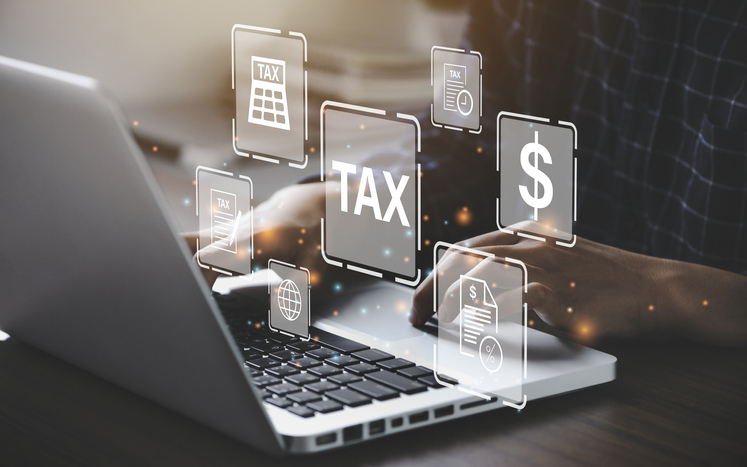 “In recent years, end of year tax planning for businesses has been complicated by uncertainty over the availability of many tax incentives. The 2014 year-end is no different. ” Sal Schibell, CPA

In the early hours of January 1, 2013, the Senate passed the American Taxpayer Relief Act of 2012, which permanently extended the so-called Bush-era tax cuts. However, other popular provisions were only extended through 2013. Therefore, 2014 tax strategies include concerns over the fate of the expired provisions. President Obama, the chairs of the House and Senate tax writing committees, and individual lawmakers all made tax reform proposals in 2014. The proposals ranged from comprehensive tax reform to more piece-meal approaches. However, any progress on legislation is stalled until after the elections and possibly into the beginning of 2015.

In the meantime, federal tax developments affecting businesses in 2014 include significant transition relief for employer shared responsibility for both medium-sized employers (50-99 full-time employees) and larger employers (100 or more full-time employees); and health insurance reporting regulations that allow combined reporting by applicable large employers reporting both as an applicable large employer and as the provider of a self-insured plan. Also, the IRS has released the automatic accounting method change procedures relating to Modified Accelerated Cost Recovery System (MACRS) under final, temporary, and proposed regulations that were issued in conjunction with the IRS tangible property regulations, as well as, final regulations related to the dispositions of MACRS property and accounting for property in MACRS general asset accounts (GAAs). In addition, guidance continues to be released on employee benefits and same-sex marriages following the Windsor decision.

These various factors illustrate the need to continuously adapt tax strategies for what is known and what might be.

This post provides highlights for 2014 year-end tax planning for businesses in the context of the uncertainty of additional extensions on expired provisions, the implementation of requirements under health care reform and final repair regulations, and continued IRS guidance on same-sex marriages.

Expired Provisions for a possible extension

The 2012 Taxpayer Relief Act extended the additional 50 percent bonus depreciation allowance for one year to apply to qualifying property acquired and placed in service before January 1, 2014 (or before January 1, 2015, in the case of property with a longer production period and certain noncommercial aircraft). There was no limit on the total amount of bonus depreciation that may be claimed. The section 179 deduction as of this date is limited to $25,000 of expense deduction.

For tax years beginning in 2012 and 2013, the 2012 Taxpayer Relief Act increased the Code Sec 179 dollar limit to $500,000 and the investment limit to $2 million. For purposes of Code Sec. 179, qualifying property is depreciable tangible property that is purchased for use in an active trade or business. This includes off-the-shelf computer software placed in service before 2014.

Research Credit. The 2012 Taxpayer Relief Act extended the research credit to apply to any amounts paid or incurred for qualified research and experimentation before January 1, 2014. However, for purposes of the orphan drug credit, the research credit is deemed to remain in effect for periods after December 31, 2013.

Work Opportunity Credit. The work opportunity credit for all targeted groups was extended through December 31, 2013. Therefore, the credit applied with respect to wages paid to persons who begin work for the employer before January 1, 2014.

Targeted groups include, among others:

Differential Wage Credit for Activated Military Reservists. Eligible small employers can claim a tax credit for up to 20 percent of the military differential wage payments it makes to activated military reservists through December 31, 2013.

For tax years beginning in 2012 and 2013, for purposes of computing the built-in gains tax, the recognition period is the five-year period beginning with the first day of the first tax year for which the corporation was an S corporation.
The built-in gains tax can be triggered by downsizing or other business survival decisions, including the disposal of unused assets to raise needed cash. Consequently, the relief provided by the shorter recognition period was valuable for small family or privately-owned businesses.

Some Other Provisions that Expired at 2013 Year-End

Beginning in 2015, applicable large employers are subject to the employer mandate. Under these rules, an employer that has any full-time employees that claim a health insurance premium tax credit may be subject to a shared responsibility assessment by the IRS. If the employer does not offer minimum essential health coverage to at least 95 percent of its employees and their dependents, the employer’s assessed payment is based on the total number of its full-time employees (minus 30). If it does offer such coverage, the assessed payment amount is based solely on the number of employees who claimed a premium tax credit whether because they were offered no coverage or because the coverage offered to them was unaffordable or did not meet minimum value standards. Safe harbors are available both for counting full-time employees and for affordable coverage.

Employers average their number of employees across the months in the year to see whether they meet the large employer threshold. The averaging can take account of fluctuations that many employers may experience in their workforce across the year.

Because employers will be performing this calculation for the first time to determine their status for 2015, there is a transition rule intended to make this first calculation easier.

Reporting requirements. Beginning in 2015 (postponed from 2014), certain large employers are required to report to the IRS whether they offer full-time employees and their dependents the opportunity to enroll in minimum essential coverage under an eligible employer-sponsored plan and provide details regarding the coverage offered and other required information.

An applicable large employer must file information returns with the IRS and furnish statements to employees beginning in 2016, to report information about its offers of health coverage to its full-time employees for the calendar year 2015. However, in preparation for the application of the employer shared responsibility provisions beginning in 2015, employers and other affected entities may comply voluntarily for 2014 with the information reporting provisions and are encouraged to maintain or expand coverage in 2014. Returns filed voluntarily will have no impact on the employer’s tax liability.

The IRS recently issued long-awaited comprehensive final rules on the treatment of payments to acquire, produce or improve tangible property. Starting January 1, 2014, businesses must use these new rules in determining whether they can deduct their costs as repairs under Code Sec. 162(a) or must capitalize the costs, to be recovered over a period of years under Code Sec. 263(a).

The IRS issued guidance stating that same-sex couples who are legally married in jurisdictions that recognize their marriages will be treated as married for federal tax purposes regardless of whether or not their current place of residence recognizes same-sex marriage.

In addition, a cafeteria plan may permit a participant’s FSA, including a health, dependent care, or adoption assistance FSA, to reimburse covered expenses of the participant’s same-sex spouse or the same-sex spouse’s dependent that were incurred during a period beginning on a date that is no earlier than (a) the beginning of the cafeteria plan year that includes the date of the Windsor decision or (b) the date of marriage, if later.

Many business operations are not taxed on the entity level as corporations but, instead, pass through taxable profits and losses to their unincorporated owners or to their S corporation shareholders. Starting in 2013, these owners faced new year-end planning challenges in the form of a higher individual tax rate of 39.6 percent and additional surtaxes on passive income by way of the net investment income surtax of 3.8 percent and the Additional Medicare Tax of 0.9 percent on compensation, both aimed at the “higher-income” taxpayers. Deferring some of this income, or harvesting losses to offset some of the income, are traditional year-end planning techniques that take on added value for the 2014 year-end tax year.

Business tax planning involves, not only economic planning for that year, but also making wise tax decisions that will benefit the business for years to come.

Tax-saving strategies must take into account short-term and long-term goals so that decisions made for the current tax year also represent sound tax decisions in the following years.

Often, because business planning opportunities must be viewed in conjunction with personal tax planning, a taxpayer should also consider planning tips affecting their individual return and investment considerations when making business decisions.