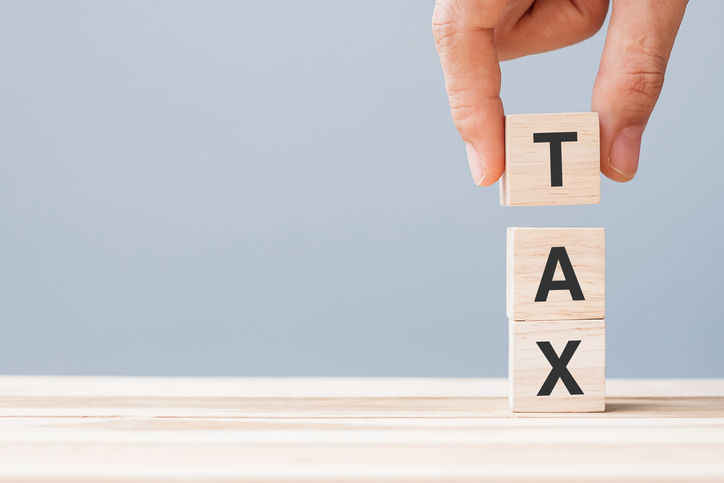 “As 2014 draws to a close, we are still waiting for Congress to pass the popular tax benefits commonly referred to as ‘extenders.’ Although this is less than ideal for planning purposes, the good news is that much of the current Tax Code remains unchanged for the 2014 tax year and beyond,” Sal Schibell, CPA

Traditional year-end tax planning techniques remain important for 2014. As always, tax planning requires a combination of multi-layered strategies, taking into account a variety of possible scenarios and outcomes. These income deferral/exclusion and deduction/credit acceleration techniques may be used to reduce your income tax liability:

Higher income individuals are subject to an additional 0.9 percent HI (Medicare) tax on wages received in connection with employment in excess of $200,000 ($250,000 for married couples filing jointly and $125,000 for married couples filing separately). To avoid an underpayment penalty related to this tax, you can instruct your employer to withhold an additional amount of federal income tax from your wages before year end.

If the personal exemption phaseout kicks in, the total amount of exemptions that may be claimed is reduced by two percent for each $2,500 ($1,250 for married couples filing separately) or portion thereof, by which adjusted gross income (AGI) exceeds the applicable threshold.

For tax years beginning in 2014, the inflation-adjusted amount used to reduce the net unearned income reported on a child’s return that is subject to the kiddie tax is $1,000. The child’s income can be reported on the parent’s return if the child’s gross income is more than $1,000 and less than $10,000.

Generally, taxable investment accounts are accounts other than retirement accounts, insurance contracts and annuities. When managing investments held in taxable accounts, the measure of success is the net return after taxes, rather than the gross return. The following taxes must be taken into account in order to achieve that objective:

Qualified dividends received from domestic corporations and qualified foreign corporations are taxed at the same rates that apply to capital gains. Certain dividends do not qualify for the reduced rates, including dividends paid by credit unions, mutual insurance companies, and farmers’ cooperatives.

The net investment income tax (NIIT) is a Medicare surtax of 3.8 percent imposed on the lesser of net investment income (NII) or modified adjusted gross income (MAGI) above a specified threshold. Distributions from IRAs, pensions, 401(k) plans, tax-sheltered annuities, and eligible Code Sec. 457 plans are excluded from NII and from the NIIT.

Individuals are subject to the 3.8 percent NIIT if MAGI exceeds the following thresholds (not subject to inflation adjustment):

You should not ignore the possibility of being subject to the AMT, as doing so may negate certain year-end tax strategies. For example, if income and deductions are manipulated to reduce regular tax liability, AMT for 2014 may increase because of differences in the income and deductions allowed for AMT purposes.

The AMT rates are 26 percent, and 28 percent on the excess of alternative minimum taxable income (AMTI) over the applicable exemption amount. For tax years beginning in 2014, the taxable excess income above which the 28 percent tax rate applies is $182,500 for married taxpayers filing jointly and unmarried individuals other than surviving spouses; and $91,250 for married taxpayers filing separately.

The following temporary individual tax benefits, known as “tax extenders,” expired on December 31, 2013. These benefits are likely to be extended, probably for two years, as in the past. However, if Congress fails to act, some of the benefits that will not be available in 2014 are:

In addition, the alternative motor vehicle credit for qualified fuel cell motor vehicles is set to expire at year-end, so there may be little time to take advantage of this energy-driven benefit.

You should review your family’s situation annually to make sure that you take advantage of any applicable child- or education-driven benefits, such as:

Beginning in 2014, some of the most far-reaching provisions of the health care reform legislation became effective:

If you fail to comply with the individual mandate to carry minimum essential health coverage, you are required to pay a penalty, called a “shared responsibility payment,” for each month of noncompliance. The rules stipulate that a person has minimum essential coverage for a month if the person is enrolled under a plan providing such coverage for at least one day during any calendar month.

Some individuals are exempt from the individual mandate, including, but not limited to:

The shared responsibility payment amount is either a percentage of the individual’s income or a flat dollar amount, whichever is greater. The amount owed is 1/12th of the annual payment for each month that a person or the person’s dependents are not covered and are not exempt. For 2014, the payment amount is the greater of:

If you qualified for the tax credit that helps to offset the cost of coverage, you may have taken an advance payment of the credit. If so, you must reconcile the amount you received up front with the actual credit computed when your 2014 tax return is prepared.

Every tax situation is different and requires a careful and comprehensive plan. We can assist you in aligning traditional year-end techniques with strategies for dealing with any unconventional issues that you may have. ‘