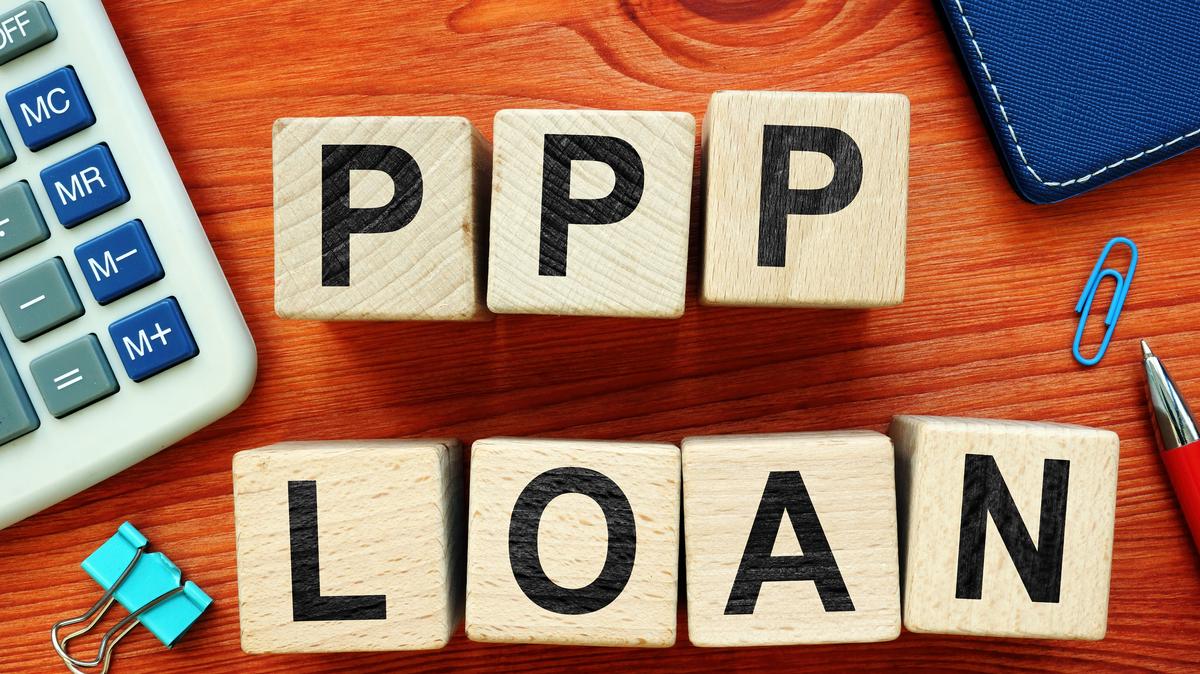 At the time I am writing this article Joseph Biden has been declared the unofficial presidential election winner although President Trump is contesting several state results.  The congressional makeup has changed somewhat with the Republicans gaining seats in the House, Democrats still in control, and the Senate control prior to certain runoffs appears to be in a dead heat until several races being contested are resolved. With the Presidency going to Joseph Biden and if the control of the Senate changes at the very least taxes will increase and negatively impact our economy.

Taking into consideration several tax law changes enacted and the possibility of upcoming tax changes considering the amount of article space I am afforded, I decided to first address important issues relating to The Paycheck Protection Program and the application for debt forgiveness which is most on the minds of Companies at this time.

This program in the very beginning advanced business 2 ½ times the average payroll costs as a loan to be forgiven if certain criteria were met. Payroll costs are comprised of cash compensation, health insurance, pension benefits and state taxes paid by the Company. Cash payroll is defined as the gross payroll before payroll deductions for taxes etc. The State tax element is related to the employer share of State unemployment and disability. Most if not all companies will satisfy the usage of funds advanced requirement of the law with payroll spending. This is because the advance as above was 21/2 times payroll costs which equates to ten weeks average payroll as compared with the twenty-four-week allowed in the covered period. The definition of Covered period is 24-week period from the date the funds were advance, not to extend beyond December 31, 2020. This is the time frame used to tabulate payroll spending and other expenses allowed to determine if the borrower utilized the funds as required resulting in forgiveness of the advanced amount. The law also defines an Alternate Covered Period which is used for Companies that have a bi-weekly or more frequent payroll period. The measurement date for accountability in this situation commences with the first day of their first payroll period following the loan disbursement date. In this article, I will refer to the Covered Period synonymously.

Presently there are three applications to be utilized in the forgiveness process, Forms 3508S, 3508 EZ and 3508. Form 3508S is to be used for loans $50,000 and under. Form 3508 EZ is for borrowers that meet at least one of the following requirements:

Form 3508 is used in all other cases where wages were reduced more the 25% and/or a reduction in number of employees and hours worked does not meet with one of the Safe Harbor exceptions.

The amount of compensation of owners who work at their business that is eligible for forgiveness depends on the business type and whether the borrower is using an eight-week or 24-week Covered Period. In addition to the specific caps described below, the amount of loan forgiveness requested for owner-employees and self-employed individuals’ payroll compensation is capped at $20,833 per individual, 24 week covered period, in total across all businesses in which he or she has an ownership stake. For borrowers that received a PPP loan before June 5, 2020 and elect to use an eight-week Covered Period, this cap is $15,385. If their total compensation across businesses that receive a PPP loan exceeds the cap, owners can choose how to allocate the capped amount across different businesses.   The examples below are for a borrower using a 24-week Covered Period.

The borrower will not be subject to a reduction in its forgiveness amount due to a reduction in Full Time Equivalents,( FTE), employees, computed based upon a reduction in employee hours worked, during the Covered Period if the borrower offered to rehire one or more laid off employees but the employees declined. Borrowers are required to inform the applicable State Unemployment Insurance office of any employee’s rejected rehire offer within 30 days of the employee’s rejection of the offer. The documents that borrowers should maintain to show compliance with this exemption include the written offer to rehire an individual, a written record of the offer’s rejection, and a written record of efforts to hire a similarly qualified individual.

In addition to calculating its loan forgiveness amount, a borrower may exclude any reduction in FTE  employees if the borrower is able to document in good faith the following: (1) an inability to rehire individuals who were employees of the borrower on February 15, 2020 and (2) an inability to hire similarly qualified individuals for unfilled positions on or before December 31, 2020.

Certain pay reductions during the Covered Period or the Alternative Payroll Covered Period may reduce the amount of loan forgiveness a borrower will receive. If the salary or hourly wage of a covered employee is reduced by more than 25% during the Covered Period , the portion in excess of 25% reduces the eligible forgiveness amount unless the borrower satisfies the Salary/Hourly Wage Reduction Safe Harbor .The Safe Harbor in Section 1106 of The Cares Act, as amended by the Flexibility Act, requires certain reductions in a borrowers ‘s loan forgiveness amount based on reductions in full-time equivalents employees or in employee salary and wages, subject to an important statutory exemption for borrowers that have eliminated the reduction on or before December 31, 2020. The Flexibility Act also adds exemptions from reductions in loan forgiveness amounts based on employee availability and business activity. In addition, the SBA and Treasury have adopted regulatory exemption to the reduction rules for borrowers that have offered to restore employee hours at the same salary or wages, even if the employees have not accepted.

Here is a look at some of the major tax changes Biden plans to enact provided his party controls Congress.

Biden would repeal changes made to individual income tax rates for the wealthy (individuals with incomes over $400,000) under the 2017 Tax Cuts and Jobs Act, which means the top rate would revert back to 39.6 percent, from 37 percent. Additionally, income above $400,000 would be subject to the 12.4 percent Social Security tax – split evenly between employees and employers. Currently, there is a wage cap of $137,700. Wages between those two ranges would not be taxed.

The Tax Cuts and Jobs Act reduced the corporate tax rate to 21 percent, from 35 percent for C Corporations.  Biden will not restore the rate all the way back to its former level 35%, instead raising it to 28 percent. He has proposed creating a minimum tax on corporations with at least $100 million in book profits, which means corporations would pay either their regular corporate income tax or a 15 percent minimum tax – whichever is greater.

Companies would also pay more on their foreign income.

Another big change Biden wants to make is to tax capital gains at the same rate as ordinary income for households earning more than $1 million. Currently, short-term capital gains are taxed at the same rates as income, but long-term gains are taxed at lower rates. The top long-term rate is 23.8 percent, 20% for sale of a trade or business that the principal materially participates.

The Tax Cuts and Jobs Acts essentially doubled the basic exclusion amount to $11.58 million in 2020. Assets exceeding that threshold are subject to a 40 percent tax rate. Biden’s plan would undo that change, meaning you would be able to transfer fewer assets without triggering the tax. Biden would also do away with step-up in basis, which means unrealized capital gains transferred to a beneficiary of an Estate would receive the decedent’s basis not the fair market at death resulting in additional gains  taxed  upon subsequent  disposition be the beneficiary.

Biden is calling for an expansion of the Child and Dependent Care Tax Credit to provide a fully refundable, advanceable tax credit.

According to the Tax Foundation’s General Equilibrium Model, Biden’s collective policies would reduce GDP by 1.5 percent over the long run, reduce wages by 0.98 percent and eliminate about 585,000 jobs. But they would increase federal tax revenue by $3.8 trillion between 2021 and 2030 relative to current law.

The Tax Policy Center estimates Biden’s proposals would increase federal revenues by $4 trillion between 2021 and 2030, relative to current law. It would also disproportionately raise taxes on the top quintile of the income distribution.

1.  What Is the SECURE Act and How Could It Affect Your Retirement?

The Setting Every Community Up for Retirement Enhancement Act of 2019, better known as the SECURE Act, which originally passed the House in July 2019, was approved by the Senate on Dec.19, 2019, as part of an end-of-year appropriations act and accompanying tax measure, and signed into law on Dec. 20 by President Donald Trump. The far-reaching bill includes significant provisions aimed at increasing access to tax-advantaged accounts and preventing older Americans from outliving their assets.

Provide a maximum tax credit of $500 per year to employers who create a 401(k) or SIMPLE IRA plan with automatic enrollment.

Enable businesses to sign up part-time employees who work either 1,000 hours throughout the year or have three consecutive years with 500 hours of service.

Encourage plan sponsors to include annuities as an option in workplace plans by reducing their liability if the insurer cannot meet its financial obligations.

Push back the age at which retirement plan participants need to take required minimum distributions (RMDs), from 70½ to 72, for those who are not 70½ by the end of 2019.

Allow the use of tax-advantaged 529 accounts for qualified student loan repayments (up to $10,000 annually).

Permit penalty-free withdrawals of $5,000 from 401(k) accounts to defray the costs of having or adopting a child.

Encourage employers to include more annuities in 401(k) plans by removing their fear of legal liability if the annuity provider fails to provide and not requiring them to choose the lowest-cost plan. (This could be something of a double-edged sword. Employees will need to look extra-carefully as these options.)

One other key change in the new bill is paying for all this: the removal of a provision known as the stretch IRA, which has allowed non-spouses inheriting retirement accounts to stretch out disbursements over their lifetimes. The new rules will require a full payout from the inherited IRA within 10 years of the death of the original account holder, raising an estimated $15.7 billion in additional tax revenue. (This will apply only to heirs of account holders who die starting in 2020.)

Whether the SECURE Act ends up being a retirement game-changer or not remains to be seen. But one thing is abundantly clear: The current rules are not allowing nearly enough Americans to put away the nest egg they will ultimately need for a secure retirement.